The Democratic Party was created on 30 March 2020 by Britenstein, as the opposition of the Democratic Centrist Party. Its presidential bid in the April 2020 general election was The Embassy God, later revealed to be The Ship God, but lost by a landslide to United England N Wales. The party also only had one Senator, Britenstein. In the April 2020 Senatorial by-election, the party bid another candidate, Skylar Heights.

On 19 April, due to Britenstein's inactivity, Old Zealand Founder made him give up the position of Chairperson and transfer it to Skylar Heights. This was done to keep the political opposition active and to prevent any one-party state from occurring. Just ten days later, he announced his resignation as Chairperson and left the party. He remains in the Senate as an independent Senator. The Ship God was chosen to replace him as Chairman, who announced the next day that the Democratic Party would enter into a coalition with the Communist Party and Wooloos.[1]

However, just the day after that, party founder Britenstein announced his resignation from the Senate through telegram to Old Zealand Founder. This meant the Democratic Party would have no longer be represented in the Senate.[2] This never took place though, and its un-confirmation was made clear when Britenstein voted in the next Senate vote.

On 23 May 2020, The Ship God announced he would leave the Democratic Party and join the Democratic Centrist Party. This meant that the party would have no representation in the June 2020 Senatorial election, excluding their coalition with the Communist Party who would gain one seat.

The party is left-leaning, but to what extent is unknown. 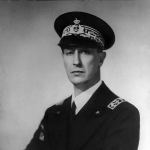